How to Stay Cool in Atlanta This Summer

Home / Travel Around / How to Stay Cool in Atlanta This Summer

How to Stay Cool in Atlanta This Summer

Atlanta is home to southern hospitality, a growing scene of gourmet food and fermented libations produced locally. In the middle of summer, it is also home to the humid and suffocating heat and mosquitoes that could drag small children. Here is a list of places to refresh your spirit without sacrificing your enjoyment. Near, far, peaceful and adventurous: Atlanta and the rest of the state of Georgia offer innumerable options to turn off the summer heat. 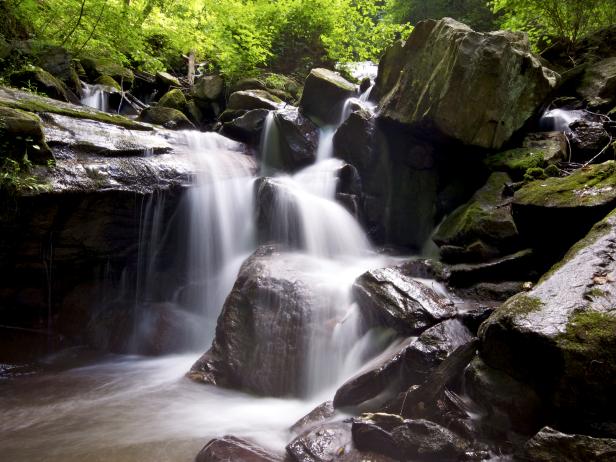 Experience the highest waterfall in the southeast and one of the “7 natural wonders” of Georgia in Amicalola Falls State Park. Walk or drive to the top of the falls, where a platform offers postcard views of the Appalachian topography. Going down the stairs takes you to a central bridge with air conditioning by the cold water, with a fog advantage on the windiest days. While swimming in the pool at the base of the falls is not allowed, fishermen are a popular sight. The network of streams below invites exploration and wading. Go on your own, or call ahead for programs run by ranger. The picnic tables next to the stream are a perfect base for rock jumping and the discovery of brook residents, such as crab and salamanders. 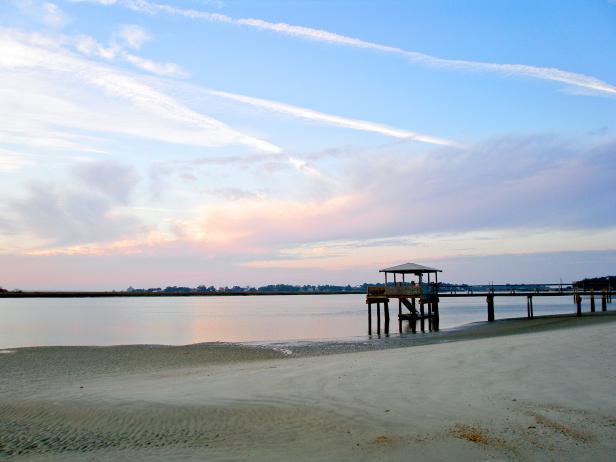 Tybee Island is the relaxed companion of the cosmopolitan scene of Savannah and the oceanic beach closest to Atlanta. Where the ocean kisses the river, Tybee’s Back River beach offers a serene alternative to the bustling area of the business district and the adjacent beach of South Beach. Protected from the strong waves, it is the calm to the noise of around the curve of the main areas of the swimming beach. Little Tybee Island can be seen while contemplating the river, a popular destination for those who explore in kayak or paddle. The low tide offers a play area for shell buffs and other coastal treasure hunters, as sandbars and other silica-lined mazes are revealed. Swimming here should be done with caution, since the tides bring fast currents. 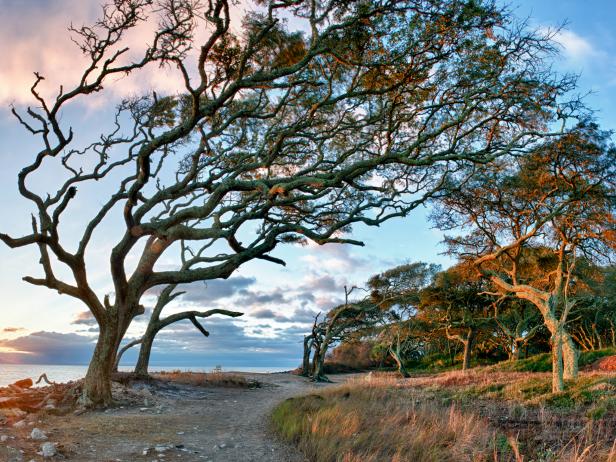 Once the private winter playground of magnates and society, Jekyll Island is now a Georgia state park. The island is home to beaches that fit with any personality. For families, the wide expanse of sand at Central Dunes Beach is a favorite. Kayakers and some adventurous hikers are usually the only ones in Sharks Tooth Beach. At extreme low tide, the oyster shell floor exposes a shallow fringe of the muddy bottom. Rumor has it that lucky hunters have found great white shark teeth, as well as some of the prehistoric megalodons. 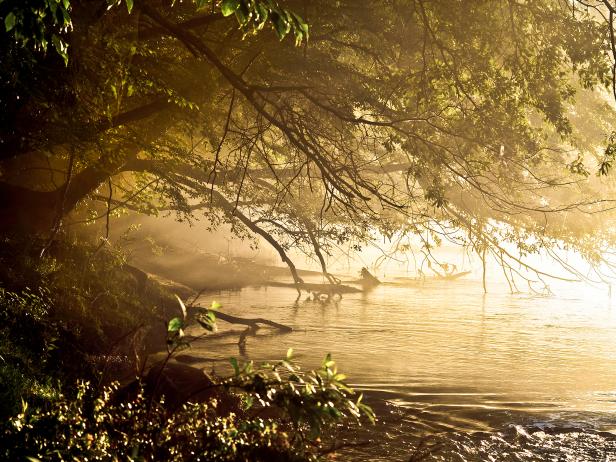 Originating in the Blue Ridge Mountains, the Chattahoochee River winds its way to the state line, where it merges with other waters, changes name and marches towards the ocean. From the northern suburbs of the subway, the Chattahoochee River flows as a cold-water habitat, and rarely reaches higher temperatures than in the mid-1950s. Tubing, kayaking and trout fishing are popular activities for both residents and for visitors. Bring your own recreational equipment, or arrange it to service providers. A change of disposition occurs in Morgan Falls. Bull Sluice Lake begins warming the river before it plunges into the falls. The flat waters of the lake are perfect for beginners in kayaking, while the wild life and natural beauty make it a pleasant excursion for all levels.

The Luckie Marietta district, in the heart of downtown Atlanta, is densely populated with the favorites of visitors, such as the World of Coca-Cola and the Georgia Aquarium. A quick walk of these tourist powers is Centennial Olympic Park, home of the Fountain of the Rings. Spectators of all ages can not avoid the need to go through synchronized water sprinklers, which reach 15 to 30 feet in height during the fountain show. The park also hosts other favorites, such as Googie Burger and All Children’s Playground. 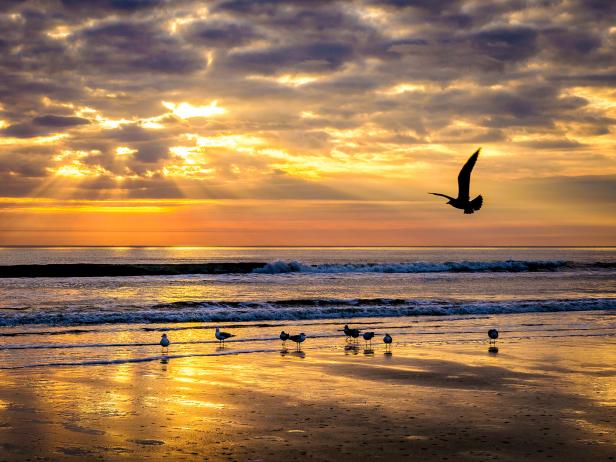 Accessible only by boat, Cumberland Island is Georgia’s largest barrier island. It is home to feral horses and is a favorite nesting area for loggerhead turtles. Stay for the day or overnight at one of the various camping locations. The only commercial establishment on the island is the Greyfield Inn, a mansion retreat that was built by the Carnegie family in 1900 and now houses a romantic luxury hotel. Aside from the National Park Service ferry, kayaking is a great option for day-trip explorations to the various ecosystems, including salt marshes, maritime forests and 18 miles of pristine beaches. 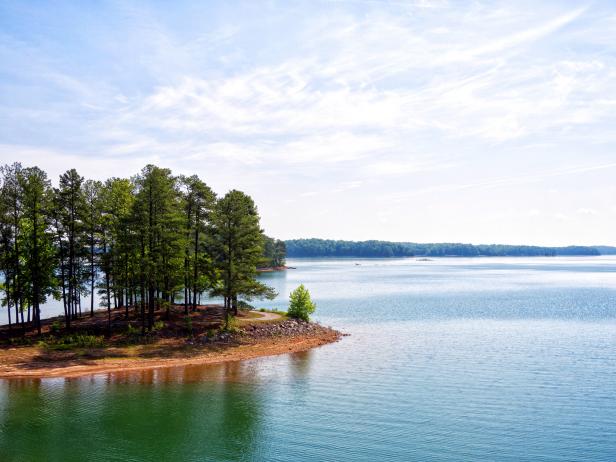 Originally created as a source of flood and energy control, Lake Lanier is a recreational refuge in which the resorts by boat and by the lake are the kings. Emerging from the water, the hills that once rolled now form the islands of Lake Lanier, the site of a large tourist center. Zip-line canopy tours, a water park, fishing, spa treatments and wakeboarding lead the list of refreshing activities on a hot summer day.

The city of Cave Spring embodies the simplicity of the past, with only 1 cave, 1 spring and 1 traffic light. From the quaint city center, which is full of restaurants and antique shops, it’s a short walk to the cave and the city’s spring. The 29-acre Rolater P
ark is the site of a cave that has a constant 57 degrees, the natural spring that emanates from it, and even a spring-fed pool in the shape of the state of Georgia. For $ 1, you can explore the small cave and its famous rock formation, the Devil’s Stool. Outside, you can join others while filling jars and mugs with the natural spring water that serves as the city’s only water supply. Resident ducks love being fed, and the shallow creek is a popular area for splashing.
Find Cheap Flight and Hotel